Celebrating the Celebrants: An Interview with Humanist Officiants Jennifer and Tim Bailey 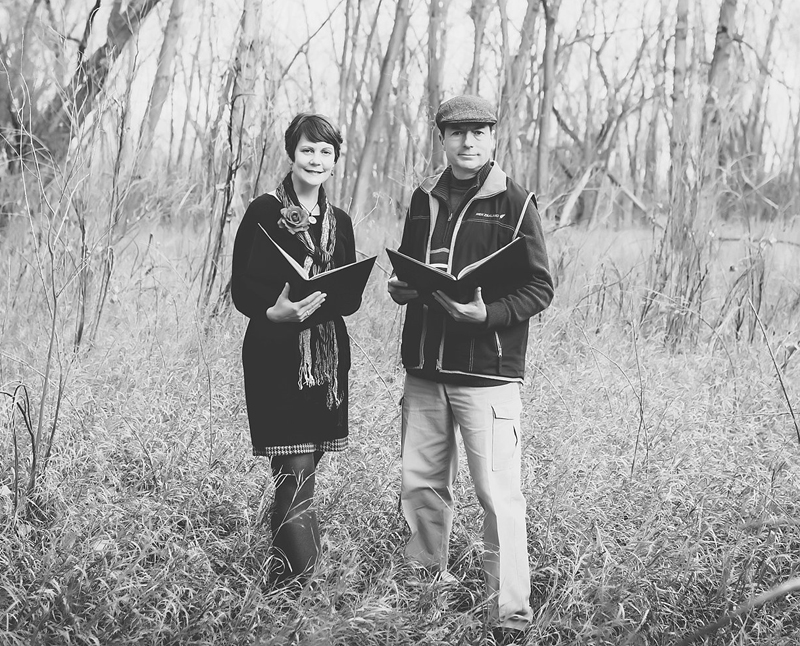 This post, written by Rachael Berman, originally appeared on TheHumanist.com on May 19, 2015.

I had the pleasure of meeting Jennifer and Tim Bailey, co-owners of Celebrating Times of Change, at their exhibitor booth at the American Humanist Association’s Annual Conference in Denver, Colorado. Their exhibitor table was well decorated and inviting, and it showcased how each ceremony they perform is tailored to the lifestyles, philosophies, and values of the couple, individual, or family. Jennifer and Tim most often perform weddings, funerals, and memorials, however, as they detail below, they’re seeing more and more variety in the events people want to commemorate. In addition to both being graduates of the Celebrant Foundation and Institute and certified Life Cycle Celebrants, Tim is also endorsed as a humanist celebrant by The Humanist Society.

TheHumanist.com: How long has Celebrating Times of Change been in existence? How was it formed?

Jennifer and Tim Bailey: Celebrating Times of Change has slowly evolved over the last decade. The first seeds were planted in 2001 with the planning of our own unique Renaissance-themed wedding in Tucson, Arizona. We soon realized that this would be part of our partnership and life’s work.

In 2003, we relocated to Colorado, where we assisted friends with their weddings and ceremony ideas. Each year, we became increasingly involved in more ceremonies to mark lifecycle events. This increased our desire to become more involved by performing ceremonies.

While he was the president of the Humanists of Colorado, Tim realized there was a need among those looking for nonreligious wedding ceremonies. He worked to become a humanist celebrant in 2008, as Jennifer assisted with the ceremony planning. Jennifer loved watching Tim perform ceremonies and realized that she wanted to become a celebrant as well. We both researched ideas on how to make this a business venture.

We both had taken courses offered by the Celebrant Foundation and Institute and became Life-Cycle Celebrants®. We took business courses and also joined the local Toastmasters Club to improve our speaking and presentation skills. We launched Celebrating Times of Change in 2010, becoming a husband-and-wife celebrant team.

We are currently writing a book detailing how we’ve come to this work and about our secular wedding ceremonies. The working title is Meaningful Secular Ceremonies: Celebrating Today’s Partnership and Marriage which is due to be published in November 2015.

TheHumanist.com: What types of ceremonies does Celebrating Times of Change perform?

Jennifer and Tim Bailey: Celebrating Times of Change writes and performs all forms of lifecycle ceremonies, with the focus on storytelling to personalize each one. Our main ceremonies are weddings, funerals, and memorials. However, we also perform a repertoire of ceremonies including: baby-welcoming, adoption, coming of age, divorce/separation ceremonies, renewals of vows, new home ceremonies, retirement, autumn or wisdom years ceremonies, celebration of life ceremonies, and civic ceremonies.

TheHumanist.com: What are your roles as a husband-wife team?

Jennifer and Tim Bailey: We have indeed found ourselves a unique niche by being a husband-and-wife celebrant team, performing ceremonies together and individually. Our partnership and teamwork is reflected in how well we work together and how we communicate similarly within the ceremonies we write. We both fulfill all aspects of the business in that we meet and interview clients, write and perform stories and ceremonies, conduct the follow-up, and take care of the business aspects. Writing the personal stories, getting to know our clients, and performing the ceremonies together are our most enjoyable activities.

Weddings are our primary work together, while funerals and memorials are handled exclusively by Tim. Meanwhile, Jen focuses on the baby-welcoming, coming-of-age ceremonies, and other lifecycle ceremonies. Our specialty, however, has been the conducting of weddings together on opposite sides of the couple, who are then placed at the center of attention in the ceremony. This shifts the focus from the celebrant to those going through the change and provides for a beautiful balance. This has been quite effective in communicating the values of equal partnership and teamwork.

TheHumanist.com: How do you advertise Celebrating Times of Change? How do people find out about you?

Jennifer and Tim Bailey: Nearly all of our advertising and promotion takes place online and through referrals. We have a recently renovated and updated website that showcases the varieties of ceremonies that we perform. We promote ourselves on the Knot, Wedding Wire, on social media (Facebook, Twitter, Pinterest), as well as various online resources such as the Humanist Society and the Celebrant Foundation and Institute. We have also worked with a number of venues and vendors as we’ve networked within Colorado. In doing so, we endeavor to become listed as preferred vendors on their websites.

Meanwhile, Tim has worked with the Olinger chain of funeral homes, whose funeral directors will reach out when there are families who desire a celebrant who can write and perform a secular funeral or memorial. We are also attending local Death Cafes and networking with case workers and hospice. We have also begun networking with adoption agencies and midwives for baby-welcoming ceremonies. We have recently been in contact with real estate agents regarding our new home ceremonies as added value for their clients. We are always seeking new ways to educate people regarding all the available lifecycle ceremonies and the gifts they bring to those celebrating the changes.

TheHumanist.com: Are you normally well-received at conferences and events at which you table?

Jennifer and Tim Bailey: The American Humanist Association conference is the first conference we’ve obtained a table at to promote our work. This was an experiment for us and we wanted to explore its feasibility and effectiveness. Our primary goals were to reach out to the humanist/freethought community, confer with other celebrants, and promote our forthcoming book. We have been invited to give a presentation for the Jefferson Humanists, as well as the Humanists of Colorado. In fact, the Jefferson Humanists have asked us to bring our table, because it was a beautiful demonstration of our work. Therefore, we will be looking into tabling at other events where we can promote Celebrating Times of Change and our secular ceremonies.

TheHumanist.com: What do you love about being a humanist celebrant?

Jennifer and Tim Bailey: We both love our work as celebrants, and helping individuals cross the threshold of change. It is meaningful and fulfilling work to be a part of people’s lives during these important times. We know that we are creating memories to last a lifetime. We realize the importance of our life’s work as we are reclaiming ceremonies for the natural human experience rather than for religious dogmas. As the population around us becomes increasingly secular, we are receiving a greater number of requests from couples and individuals seeking us out for secular ceremonies.

Tim has enjoyed putting the humanist philosophy into actual practice by providing ceremonies that are not only secular and free from religious trappings, but also speak to the core values of humanist couples. The work is informed by science, inspired by art, and motivated by compassion, and the goals have been to live these values and demonstrate them through creative endeavors. Lastly, it has been so rewarding to provide couples and individuals with experiences that are unique, memorable, and fulfilling.