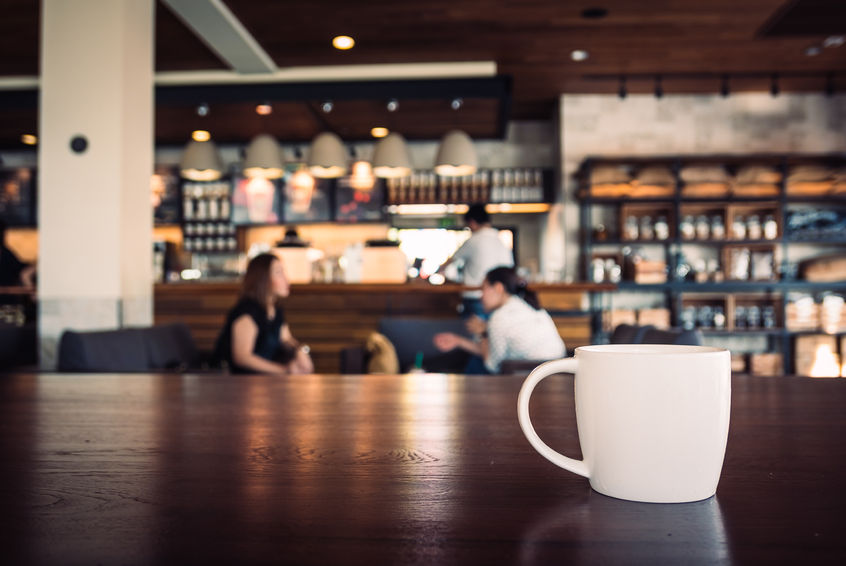 This post, written by Anita Peters, originally appeared on TheHumanist.com.

So many of us are “dying” to talk about death but don’t know how, when, or with whom to begin the conversation. “Thinking about death is really about thinking about our lives and the lives of those whom we care about,” I told Dan Blinn (a fellow humanist celebrant in Hartford, Connecticut) and Chris Stedman (Yale’s humanist chaplain). We decided to start a series of so-called Death Cafes and invited humanists and the public to participate.

At a Death Cafe, people come together, usually strangers, to share food and drink and to discuss their feelings and ideas about death. This is not a bereavement session. It’s an opportunity for communities to explore and reflect on life in the face of human mortality, to, as Blinn adds, “make people more aware about death with a view to helping people make the most of their lives.”

We are participating in the Death Cafe movement, a life-affirming international social franchise started five years ago by Jon Underwood in London and later popularized by Lizzy Miles in the United States. Underwood developed the Death Cafe model based on the ideas of the Swiss sociologist Bernard Crettaz who, together with his anthropologist wife, studied funeral rites in their town and other cultures. When Crettaz’s wife died in 1999, he initiated meetings in local bistros to talk about death.

From these first informal meetings, the Death Cafe model was born. Participants are seated at tables of six to ten participants, presided over by the organizer or a facilitator selected by the organizer. Refreshments are an important part of the event, as it is designed to mimic the informal conversations people have over meals or coffee. Organizers provide free refreshments or host cafes at a venue where participants can get coffee or tea. The events are free (donations permitted) and without an agenda or the proselytizing of viewpoints. Each cafe session is meant to be a sharing of ideas and reflections on death and dying.

Organizers who adhere to the Death Cafe model can post their events on the Death Cafe website where events from all over the world are promoted. Since 2010, over 3,000 Death Cafes have been held in over thirty countries.

The first of six planned Humanist Death Cafes in Connecticut was hosted by the Humanists and Freethinkers of Fairfield County (HFFC) on October 10. I led the session with five of our members in the role of facilitator. Twenty-six participants came from all over Fairfield County. Two days later,  Blinn welcomed twenty participants to the Hartford Area Humanists’ Death Cafe.

Participants met in their small groups for over an hour. “When folks reported on their discussions, it was really striking how the groups had focused on different things,” observed Blinn. This was true for HFFC’s evening too. In fact, this is not surprising. According to the Death Cafe website and participants, this is a topic that is “inexhaustible,” “endlessly fascinating,” and requires no introduction. Depending upon who is at your table, conversations may focus on the personal (Will I be remembered?), the philosophical (Why is it OK to end a pet’s life but I cannot choose to end my life?) to the metaphysical (Does life continue after death?).

The unanimous positive response to the two evenings of sharing, community, and enrichment revealed a need among the humanist and atheist communities to discuss mortality issues and dying.

Stedman, who is also executive director of the Yale Humanist Community, is including a Death Cafe as part of his organization’s yearlong series on “How to Be a Human.” “Death is a part of life,” said Stedman, “and by talking about death, we cannot help but talk about how we live.”

Four more events are being planned over the next six months including the Death Cafe at the Grove in New Haven on March 26, 2017, which will be preceded by a lecture called “How to Approach Death,” featuring Ann Neumann, scholar and author of The Good Death: An Exploration of Dying in America.