The importance of humanist ceremonies

An article by Humanists International:

An important alternative to religious ceremonies 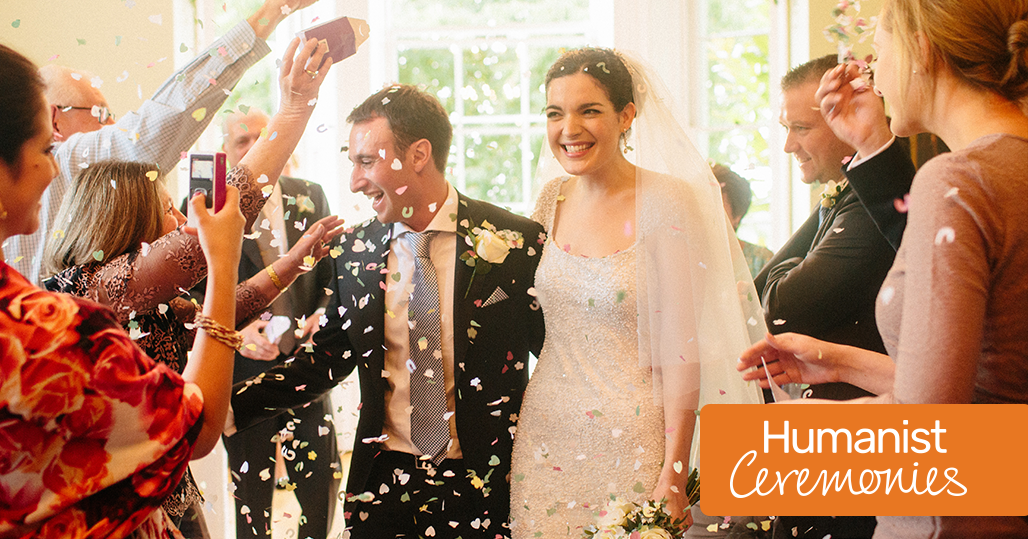 A moment taken from a humanist wedding (via Humanists UK)

Humanists are first and foremost human beings. And like everyone else they might wish to celebrate some of the most important moments of their lives: when a child is born, when children grow from adolescence into adulthood, when they marry the one they love, or when a loved one dies.

For millennia there has been no real alternative for humanists, atheists and non-religious people in general: either you celebrated important life events with a religious ceremony or you would not celebrate it at all. In the best case scenario, a humanist couple could get married in a town hall with a secular state registration, which on average is notoriously neutral and anonymous.

Three reasons why humanist ceremonies are so important